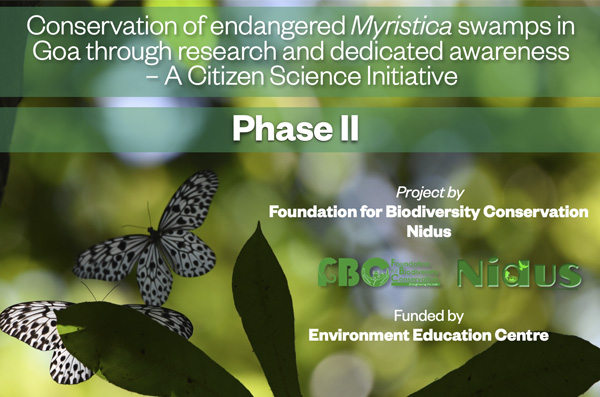 Myristica swamps are highly fragmented, least known and critically endangered habitats in the Western Ghats. These swamps are mostly reported from the southern parts of the Western Ghats, especially Kerala, North Karnataka and a few in Goa. The swamps in Karnataka and Kerala are considerably explored and there are few studies mostly on their floral and a few on faunal components. Except for a few studies on floral composition, the Myristica swamps in Goa are least studied. With this rationale, a study was initiated in December 2019.  This study is funded by the Environmental Education Centre, Goa.  The objectives of this study are: Documentation of Myristica swamps in Goa through intensive surveys across the Western Ghats.  Scientific documentation of select floral and faunal groups in selected Myristica swamps in Goa. Provide these findings to stakeholders and conservation agencies like the forest department or village biodiversity committee for effective management of the swamps.   Create awareness about the importance of Myristica swamps through dedicated in situ and ex-situ activities and programs.

Details will be provided after the selection.

Contact us if you wish to participate in this study.

We need a dedicated volunteer for this study.

He / she should commit three days of fieldwork every month.

The volunteer has to do strenuous fieldwork, data collection, photography, compilation of the data, writing short reports / notes / scientific publications.

They should adhere to the rules and regulations decided by Nidus and Environmental Education Centre, Goa. 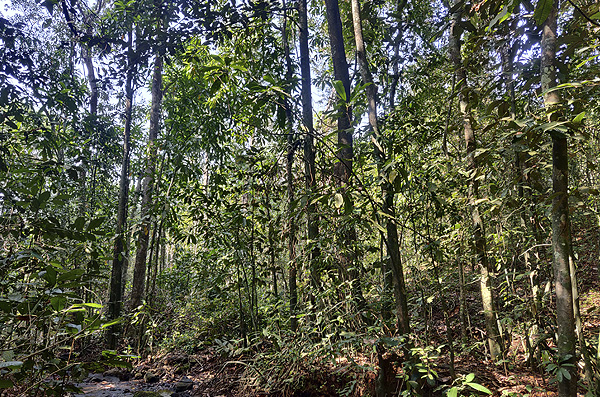 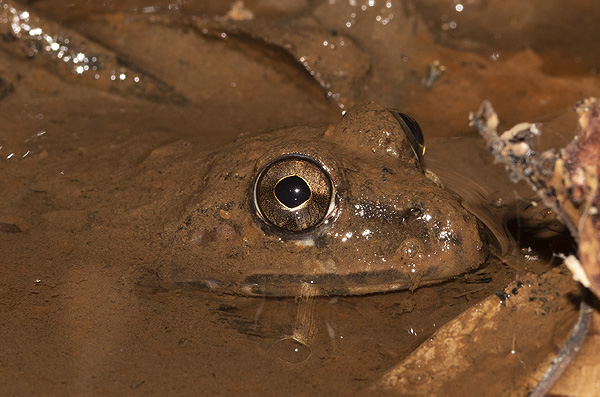 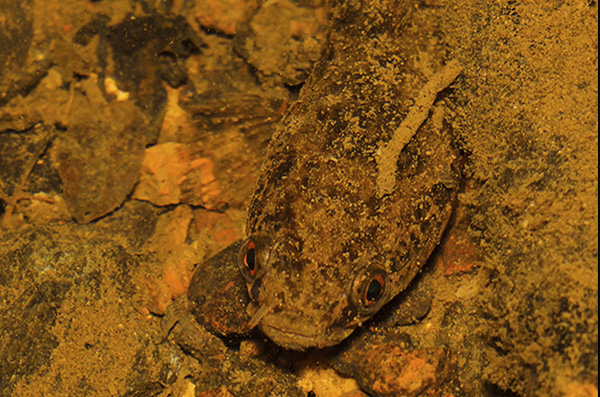 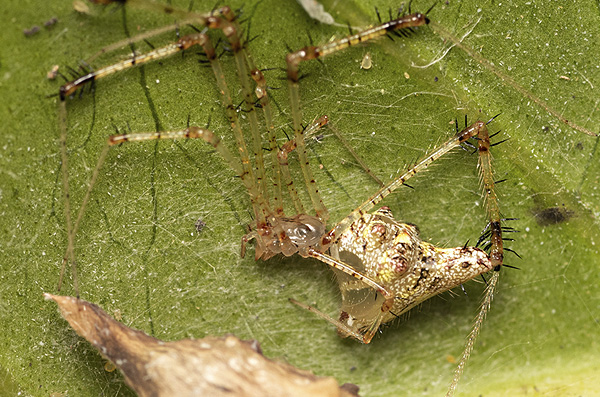 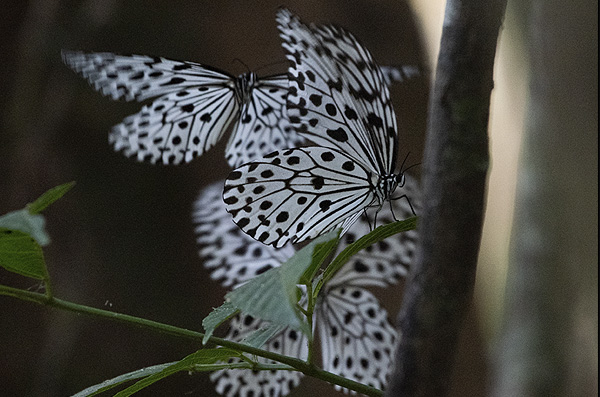